Australia’s first college teaching young people with a disability skills for a lifetime of independence was officially opened by the Hon. Jane Prentice MP, Assistant Minister for Social and Disability Services.

The College is the brainchild of STEPS Group Australia managing director Carmel Crouch, who saw the need for young adults with a disability to have the opportunity to move out of home and make informed decisions about their own lives.

“It has been a long journey but to see these students learn new skills and create their own independence has made it all worth it,” Carmel said.

The College welcomed its inaugural cohort in May and has already made a huge difference on the students who are experiencing living independently from their families for the first time.

The holistic learning model combines an intensive training program and actual living experience to equip the young adults with the confidence they need to take charge of their future.

The Caloundra campus boasts beautiful, modern student accommodation units which were built thanks to the generosity of many Sunshine Coast tradespeople and suppliers, lead by BA Murphy Constructions.

Jane Prentice, who had also visited the campus during the build of the College, said she looked forward to returning for the graduation ceremony next year. 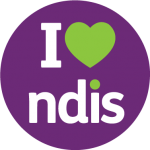 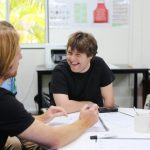 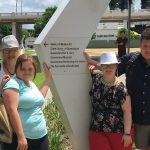 From the trainer’s desk: JanuaryOur Stories